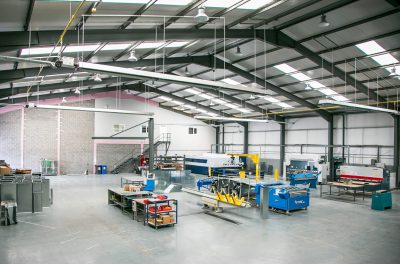 2016 has been an incredible year for Breffni Air.

After securing numerous large Data and Technology contracts in early 2016, Breffni Air drove forward with an ambitious expansion plan in June 2016 and relocated to an impressive 29,000 sq. ft. premises in Kilnaleck, Co. Cavan.

This move is further recognition of the fact that innovation is at the heart of Breffni Air’s business and will sustain the company into the future by allowing it to grow its international business and increasing its production capacity. This move has also resulted in 20 additional jobs being created in the Cavan workshop taking the total workforce to 135 this year.

Breffni Air now have a very competitive edge in the ventilation industry and this increase in resources has allowed them to better serve their current clients and secure important contracts in the UK and Europe.